Deeping St James is a large village in the South Kesteven district of Lincolnshire, England. The population of the civil parish (including Frognall) was 6,923 increasing to 7,051 at the 2011 census.

Based around a now lost 12th-century Benedictine Priory, destroyed during the Dissolution of the Monasteries, the Grade I listed Anglican church of St James is the largest church in The Deepings. It is a mixture of Norman, Early English and Perpendicular styles, with a tower and spire added in 1717. The stones from the priory were used to build various 17th-century buildings in the area.

The village also has an 18th-century village lock-up, constructed on the site and with the materials from a 15th-century wayside cross.

In the 17th century the manor was associated with the Wymondsold family of Welbeck Place, Putney, Surrey and East Lockinge, Berks.

St James Deeping railway station, built by the Great Northern Railway Company in 1848, was closed in 1964.

Although the separate cut for the Stamford Canal did not start until upstream of Market Deeping, Briggin's lock (or the Deeping High lock) was an important part of the Welland Navigation, and is still in place but is not navigable.

Source, and further information from, Wikipedia. 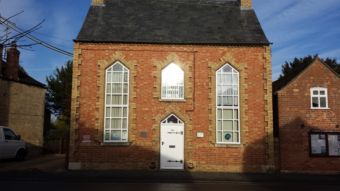 The Parish of Deeping St James

Deeping St James is a large village in the South Kesteven District of Lincolnshire, England. The population of the civil parish (including Frognall) is about 8,000 in 2017 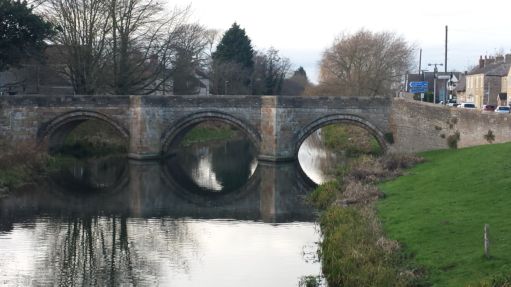 The bridge was constructed in 1651 and was designed to allow horse drawn carts to cross the river in the days when the River Welland was a busy trading route.

Along the bridge there are four alcoves which were designed to allow mules loaded with goods to stand aside and allow horse and carts to pass.

Today, the bridge is used for cars and other small vehicles and at only 13 feet wide traffic can move in only one direction at a time 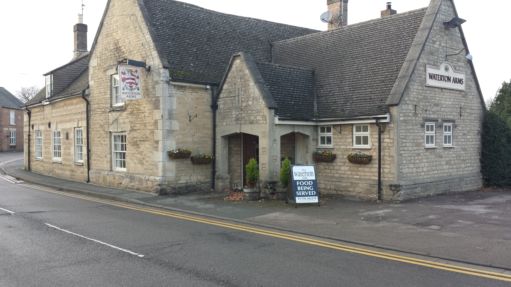 The Waterton Arms is one of 4 Hostelries within the Parish. The others are The Bell, The Goat and The Walnut Tree.

History of the Waterton Arms.

Edmund Waterton was born in 1830 and lived at Walton Hall near Wakefield, Yorkshire. In 1879 he sold Walton Hall and brought Deeping Manor. The manor stood in the land between Bell Lane and Hereward Way, Deeping St James.

In earlier days the present car park was laid with lawns fronted by a tall privet hedge with only a narrow entrance to the pub. Beyond the lawns was a large corrugated iron clubroom and in times past a horse drawn "brake" was used to bring parties from Peterborough to the Inn.

In 1937 the corrugated clubroom was given a coat of green paint and then became known as the 'Tin Hut'. It became a popular venue for whist drives, dances and concerts.

During the second world war the local branch of the WRVS used to hold meetings in the Tin Hut when its members would be busily engaged in knitting gloves, mittens, scarves and balaclavas for the Armed Forces.

Much has changed since these days with numerous landlords taking over. In 1992 the original inn sign was reconstructed using the original Waterton family coat of arms.

The Village Cross and lock up situated on the junction of Churchgate and Eastgate Deeping St James.

The former village cross, was built in the 15th century, but in 1819 the cross shaft was removed and the base was converted into the village lock-up. Village lock ups are historic buildings that were used for the temporary detention of people in rural parts of England. They were often used for the confinement of drunks who were usually released the next day or to hold people being brought before the local magistrate.